Microsoft Azure (formerly Windows Azure /ˈæʒər/) is a cloud computing service created by Microsoft for building, testing, deploying, and managing applications and services through Microsoft-managed data centers. It provides software as a service (SaaS), platform as a service (PaaS) and infrastructure as a service (IaaS) and supports many different programming languages, tools and frameworks, including both Microsoft-specific and third-party software and systems.

Azure was announced in October 2008, started with codename "Project Red Dog",and released on February 1, 2010, as "Windows Azure" before being renamed "Microsoft Azure" on March 25, 2014.

The Microsoft Azure Service Bus allows applications running on Azure premises or off premises devices to communicate with Azure. This helps to build scalable and reliable applications in a service-oriented architecture (SOA). The Azure service bus supports four different types of communication mechanisms:


A PaaS offering that can be used for encoding, content protection, streaming, or analytics.

A global content delivery network (CDN) for audio, video, applications, images, and other static files. It can be used to cache static assets of websites geographically closer to users to increase performance. The network can be managed by a REST based HTTP API.

Azure has 54 point of presence locations worldwide (also known as Edge locations) as of August 2018.

Through Azure Blockchain Workbench, Microsoft is providing the required infrastructure to setup a consortium network in multiple topologies using a variety of consensus mechanisms. Microsoft provides integration from these blockchain platforms to other Microsoft services to streamline development of distributed applications. Microsoft supports many general-purpose blockchains including Ethereum and Hyperledger Fabric and purpose-built blockchains like Corda.


Azure functions are used in serverless computing architectures where subscribers can execute code as a Function-as-a-Service (FaaS) without managing the underlying server resources.

Azure is generally available in 54 regions around the world. Microsoft has announced an additional 12 regions to be opened soon (as of October 2018). Microsoft is the first hyper-scale cloud provider that has committed to building facilities on the continent of Africa with two regions located in South Africa. An Azure geography contains multiple Azure Regions, such as example “North Europe” (Dublin, Ireland), “West Europe” (Amsterdam, Netherlands). Where a location represents the city or area of the Azure Region. Each Azure Region is paired with another region within the same geography; this makes them a regional pair. In this example, Amsterdam and Dublin are the locations which form the regional-pair.

Microsoft has some Gold partners available across the globe to sell its products. In August 2018, Toyota Tsusho began a partnership with Microsoft to create fish farming tools using the Microsoft Azure application suite for IoT technologies related to water management. Developed in part by researchers from Kindai University, the water pump mechanisms use artificial intelligence to count the number of fish on a conveyor belt, analyze the number of fish, and deduce the effectiveness of water flow from the data the fish provide. The specific computer programs used in the process fall under the Azure Machine Learning and the Azure IoT Hub platforms.

Scaling and reliability are controlled by the Microsoft Azure Fabric Controller, which ensures the services and environment do not fail if one or more of the servers fails within the Microsoft data center, and which also provides the management of the user's Web application such as memory allocation and load balancing.

Azure provides an API built on REST, HTTP, and XML that allows a developer to interact with the services provided by Microsoft Azure. Microsoft also provides a client-side managed class library that encapsulates the functions of interacting with the services. It also integrates with Microsoft Visual Studio, Git, and Eclipse.

Microsoft Azure offers two deployment models for cloud resources: the "classic" deployment model and the Azure Resource Manager. In the classic model, each Azure resource (virtual machine, SQL database, etc.) was managed individually. The Azure Resource Manager, introduced in 2014,[44] enables users to create groups of related services so that closely coupled resources can be deployed, managed, and monitored together. 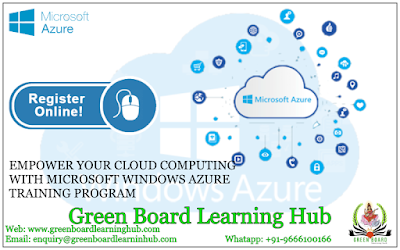